In life you have two options: give up or go ALL IN 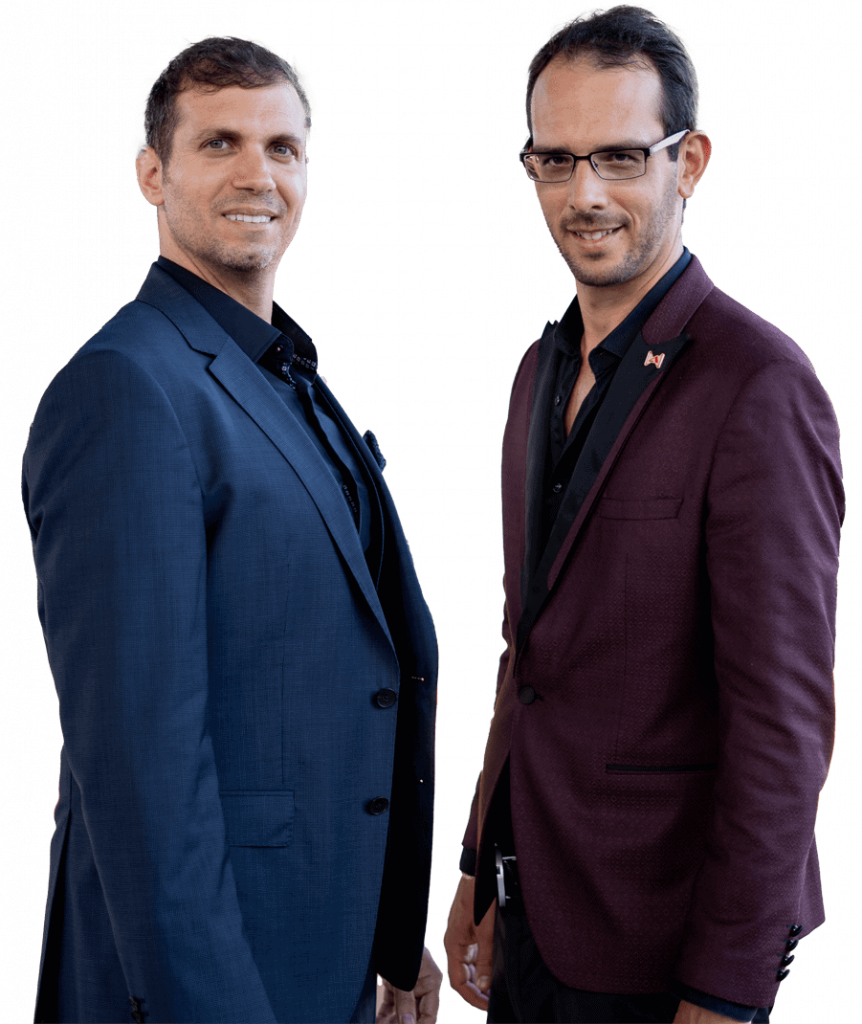 In life you have two options: give up or go ALL IN

Join the global movement of thousands of entreprenuers who made the decision to go ALL IN, expand online and dominate their sector.

The Founders Matteo Pittaluga & Fabio Gallerani started their entrepreneurial journey serving dishes in an italian restaurant at Walt Disneyworld in Florida, running boat parties in Ibiza and learning the rules of business the very hard way.

From the most humble jobs to becoming millionaires in their 30s, Fabio & Matteo today are an inspiration to thousands of people all over the world. Together with a team of 40+ people they aim to empower every ALL-IN entrepreneur out there to take their business to the next level and become the best in the sector.

There is no successful company without SALES, and there is no successful entrepreneur without MARKETING SKILLS. At Allinners, we work together with business owners who want to become the best expert in the world at promoting their own products. Since 2016 we coached 500+ entrepreneurs in 60+ different industries and helped them digitize their offer, generate more sales online and dominate their sector.

If you are a student who wants to acquire new skills or a professional who wants to master digital marketing or the art of sales, Allinners can provide online training programs and personalized solutions to study from home and get certified as an expert. Our business school "Marketing Genius" has already trained 40.000+ students in the past seven years and created thousands of success stories.

Being based in Dubai, the place known as "The city of the future", our team organize exclusive masterminds and private events for business owners who want to meet other "Allinners", create strategic partnerships and improve both their personal life and their career.

Who we work with

PEOPLE WHO BURNT THEIR "PLAN B" AND WENT ALL-IN

The word "Allinners" means exactly that: going ALL-IN to get what you want in life. It doesn't matter if people around you say it's impossible, your family don't support you or your broke friends are trying to stop you... deep inside you know this is the right choice. And you will never quit until you get there.
If you resonate with these words, it means you are an Allinner too.

THE UNDERDOGS WHO WIN AGAINST ALL ODDS

They say you don't stand a chance? That's fine, it's just another day in the office. If you are an Allinner you know you can create your success no matter what. You are already used to get into impossible missions and come out as the winner, surprise everybody and prove that you have the power to speak your world into existence. Winning against all odds is your everyday life.

If you built your success from the ground up, you know exactly what it takes. No luck, no coincidences, and not a single atom of life left to chance. We like to work with people who are able to value success because they understand the power of hard work and dedication, and we partner up with them to create even more success and growth. 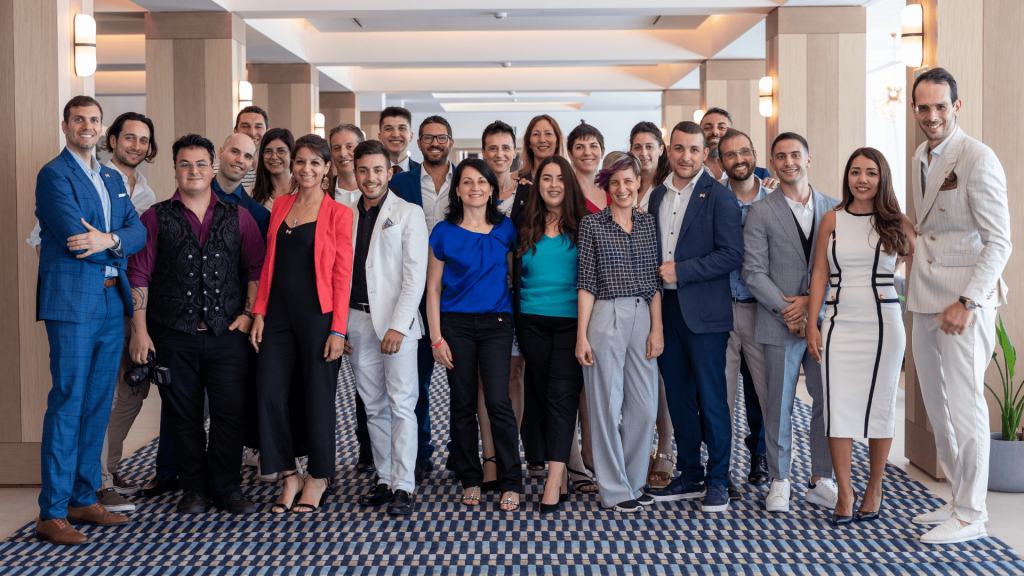 Private coaching for business owners who want to scale their business and dominate their sector.

Allinners counts on a team of experienced developers who can transform your website into a high-converting funnel with our "Web Club" service.

Fabio Gallerani teaches the secrets behind a life-changing e-learning experience by sharing the methodology applied by our company in all our certification programs.

In this powerful speech Matteo Pittaluga shares the “guided simulation” model that Allinners applied to improve the results of our students studying from home during the recent pandemic.

What makes a video marketing campaign successful nowadays with platforms such as Tik Tok rising and tools like Instagram Reels trying to catch up? Matteo Pittaluga in this panel shares his experience having spent millions of dollars in advertising online, especially on videos.

Fabio Gallerani shares the story of our brand Alliners

Is it the right choice to give a name to your customer avatar? Fabio Gallerani shares the story of the birth of Allinners and how this powerful avatar helped our company attract the right people around us.

The underdogs who never gave up

Started from cleaning tables and selling tickets on the Beach, Fabio & Matteo became millionaires at the age of 30.

Matteo & Fabio met in 2010 at World DisneyWorld in Orlando, Florida. They both worked for a restaurant in the italian pavillion.

Fabio in the book Allinners says: “When I met Matteo he was cutting bread in the back of the kitchen and I knew since the beginning he was special. He had the same in his eyes that I had. He was considered a loser and all his family and friends were against him. He was there to prove everybody wrong and create a new life”.

After working together in DisneyWorld for a year, Fabio & Matteo moved to Ibiza (Spain) and started selling tickets for the clubs on the beach. It was a crazy hard job walking more than ten kilometers every day under the sun to make some money.

Right after that, they launched their first E-commerce business in 2014. It was a massive success and they were able to fill up events in Ibiza just selling tickets online.

But it wasn’t enough, Fabio & Matteo knew their mission was bigger than making money with parties and events in Ibiza. After selling their E-commerce in 2016 they decided to launch Marketing Genius, the online platform that soon became the largest online school in the italian language specialized in the field of digital marketing and sales.

Today, Fabio & Matteo live in Dubai and they continue to inspire both young and experienced entrepreneurs to go ALL IN, focus on their plan A and achieve massive success in business and life.

Their message on Social Media goes out there to reach all the potential Allinners and bring them together under the same roof, work together, empower each other and improve both their financial and personal life. 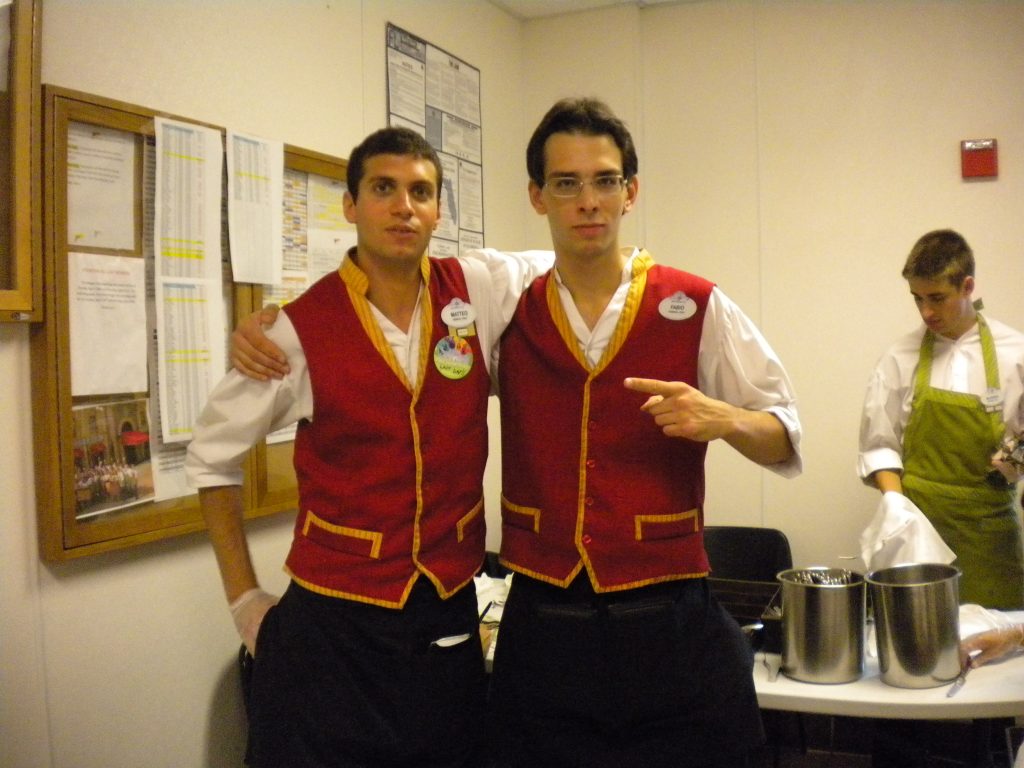 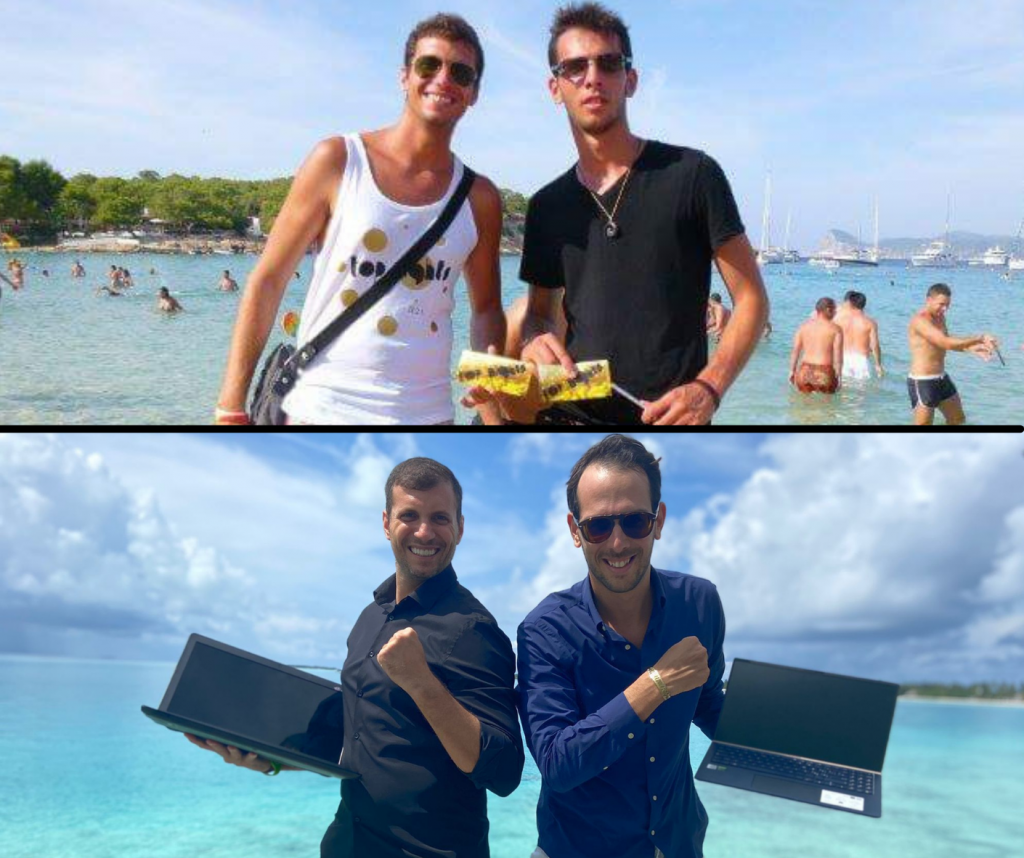 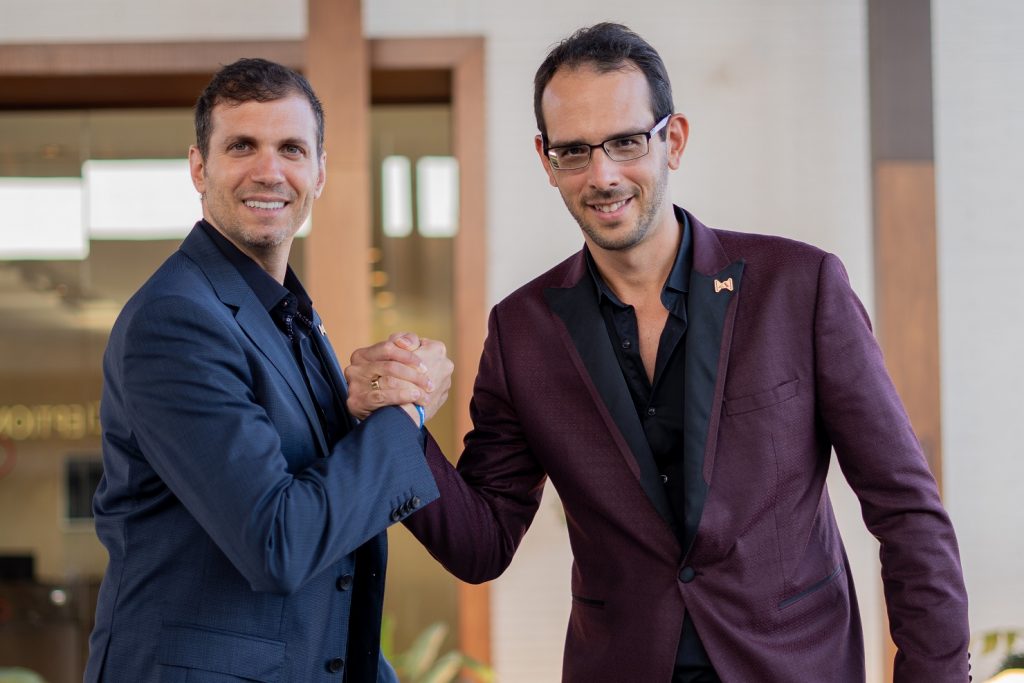 "In life you have 2 options: GIVE UP or GO ALL-IN"

You have an idea, a project, an ambition. You get excited at the thought of seeing it realized, but then the first difficulties arrive, you receive the first criticisms, you get discouraged and quit.

See, there is no shortcut to success. But yes, there is a formula to achieve it: to become an Allinner. Matteo Pittaluga and Fabio Gallerani explain to you in a practical way how to create success in your life and your business through a complete transformation, from a normal person to an Allinner, a person who decided not to have a plan B.

If your goal at this stage of your life is to make a comeback, realize your plan A and prove to yourself and others what you are capable of then this book will show you the exact steps you need to take to achieve the success you deserve.

Because remember that in life there are only two options: either give up or GO ALL IN. 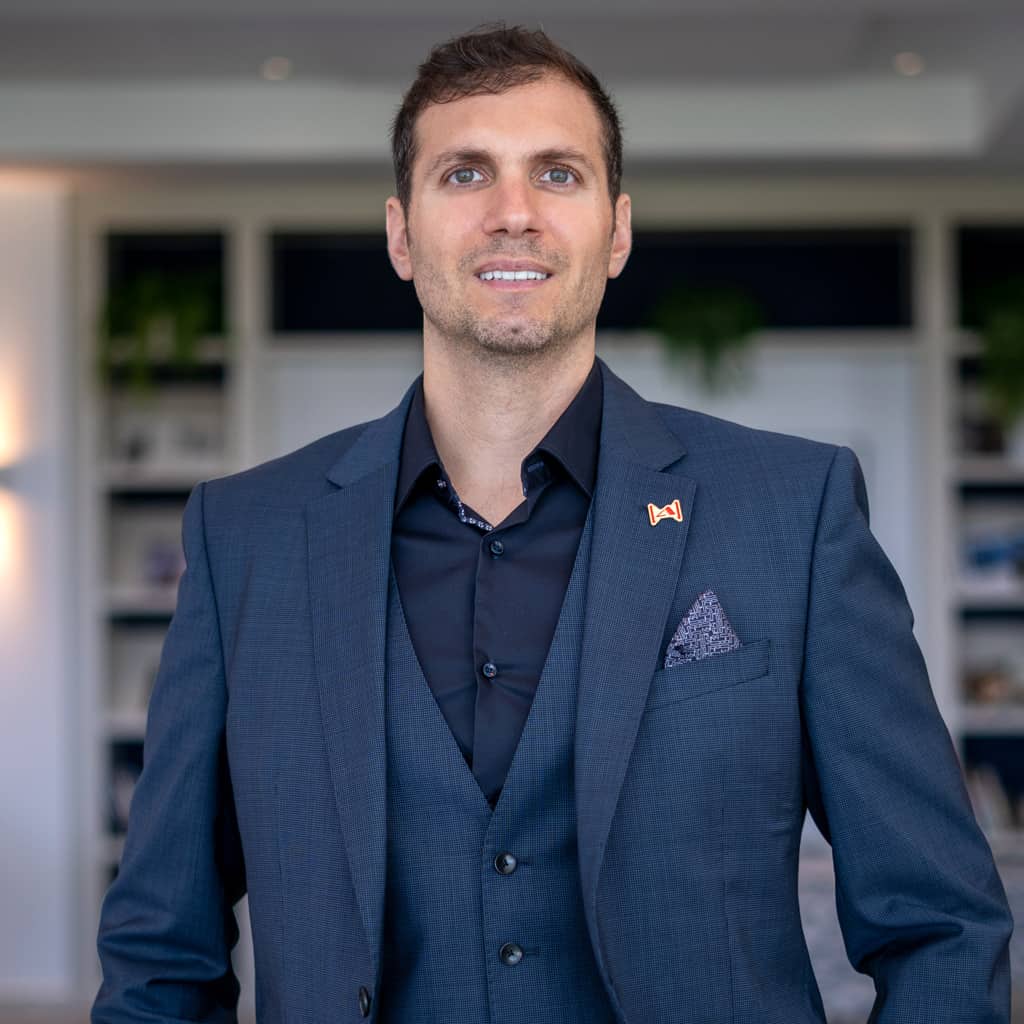 Matteo Pittaluga is the pioneer of practical training in the digital marketing sector.

Founder of ALLINNERS LLC, company that owns the renown online school Marketing Genius, he has trained over 40,000 people through his practical and easy-to-understand online programs.

Mentor for entrepreneurs who want to digitize their company, Matteo is also a university professor of Digital Marketing and Digital Strategies.

Thanks to his experience he is now recognized as one of the most requested marketing consultants in Europe. 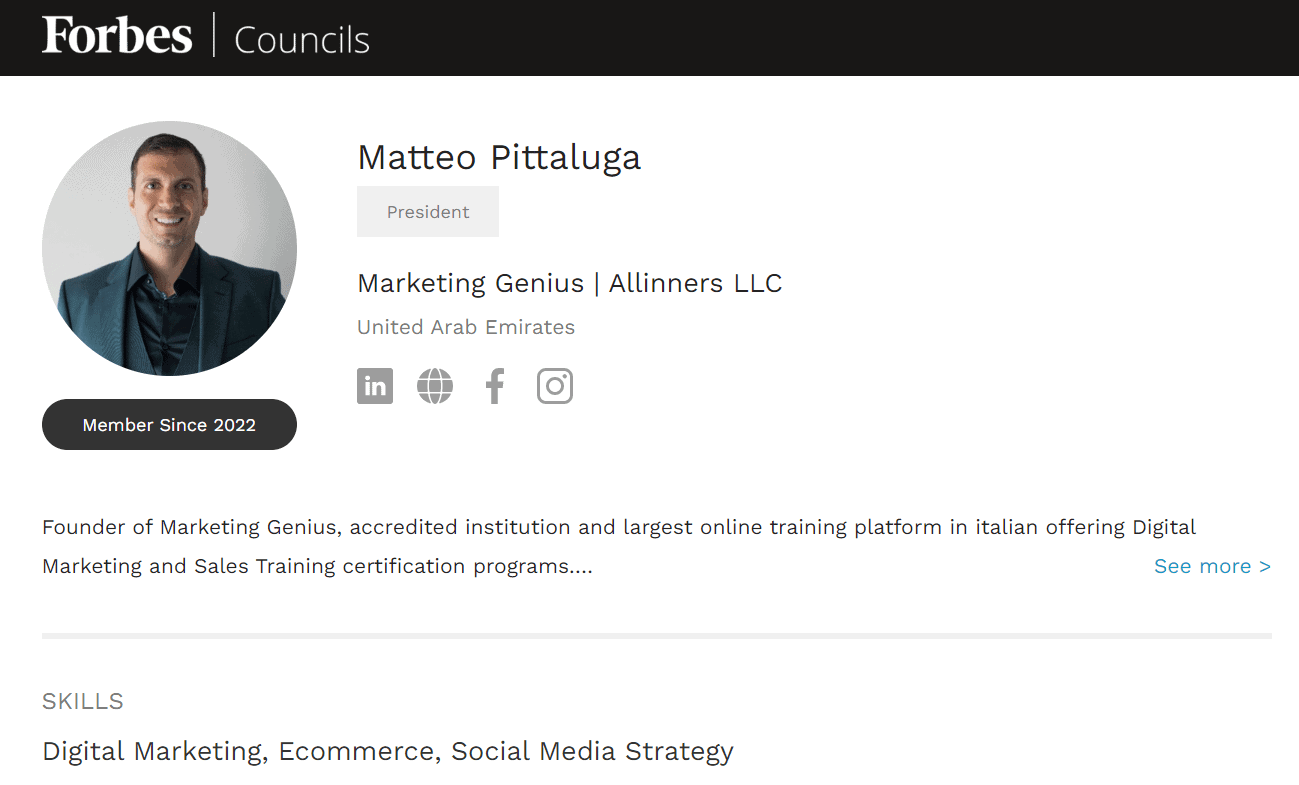 Matteo Pittaluga is a member of the Forbes Business Council, the high-level group of successful entrepreneurs founded by Forbes magazine with the aim of connecting and uniting influencers and business owners operating in the new digital economy. 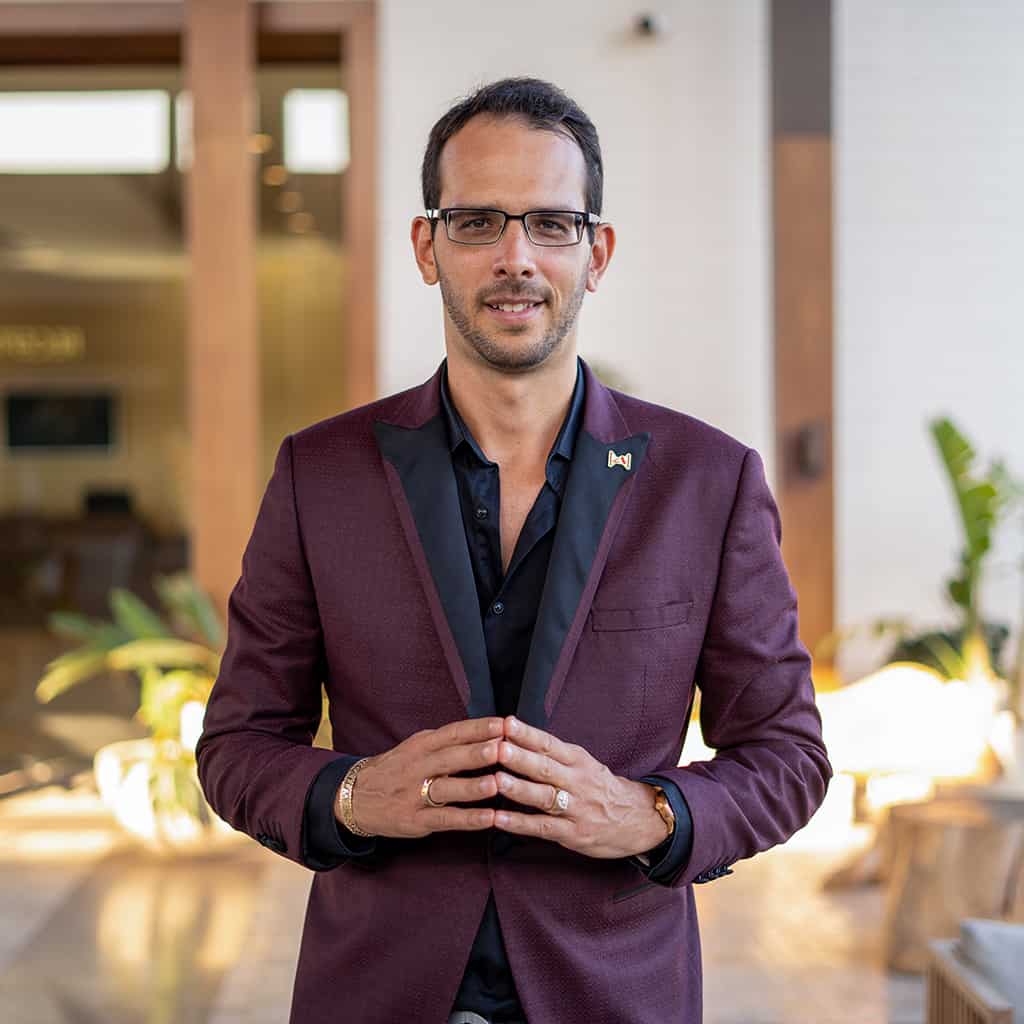 Fabio Gallerani is considered one of the greatest innovators in the sales sector in the world. A pioneer of CLOSING in Italy, the communicative and commercial art superior to traditional sales, Fabio is today on a mission to renew the world of sales training through effective strategies adapted to the new digital world.

Awarded among the top 100 innovative leaders in the educational world by GFEL in Dubai, Fabio is now known for helping entrepreneurs and professionals to scale their company through digital strategies focused on authoritatively positioning the business and easily converting every contact into a paying customer. Vice-president with responsibility for Digital Sales for Confassocissioni Management, Fabio holds this important institutional position with the aim of bringing INNOVATION to the Italian and international commercial world. University collaborator and best-selling author, Fabio is today one of the leading innovators and visionaries in the world of digital business and the sales sector. 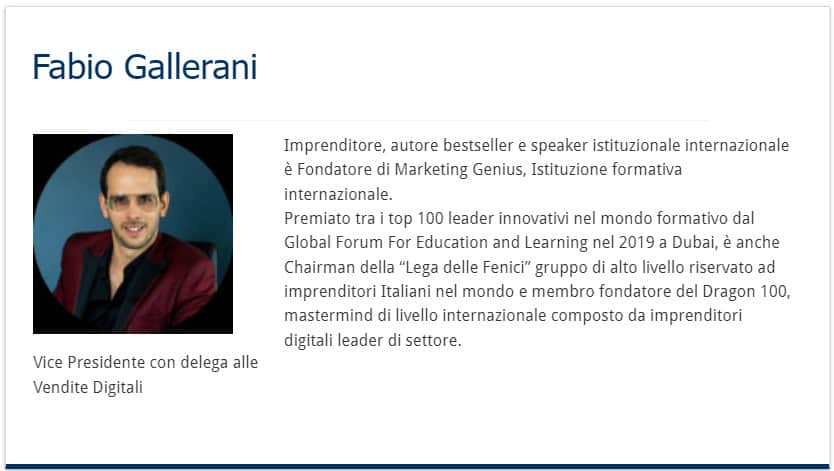 Fabio Gallerani has been designated to hold the institutional position of Vice President of Digital Sales for the largest confederation of Italian professional associations, Confassociations.

In this site all the trademarks mentioned are registered and are to be considered not associated with this site in any way.

In accordance with the laws for the respect and protection of your privacy, all your data is respected according to the regulations Europee GDPR: PRIVACY POLICY